Jim is a nationally recognized trial lawyer focusing on high-profile criminal, civil and regulatory matters. Through his use of creative and aggressive legal strategies, Jim has broken new ground in a wide range of successful and significant cases of national and global importance. He has prevailed in a broad range of criminal, civil and administrative matters, representing both private defendants and plaintiffs as well as government agencies. In many of his engagements, Jim replaced large law firms or nationally renowned litigators, succeeding where others failed.

Jim began his career at the Department of Justice (DOJ) in the U.S. Attorney’s Office of the Eastern District of New York (EDNY). As a federal prosecutor, he helped break up a human trafficking ring before moving to the organized crime unit where he worked in close collaboration with the Federal Bureau of Investigation (FBI), Drug Enforcement Administration (DEA), New York Police Department (NYPD) and other agencies to indict and convict hundreds of mob members including the bosses, captains and soldiers of the Bonanno, Colombo, Gambino, Genovese and Lucchese crime families. He ascended to lead the DOJ’s first Computer Crimes and Intellectual Property unit.

He accomplished these victories while championing good government work to bring a substantial and welcome change to people’s lives. His success was the catalyst for his decision to found WMH, with two other distinguished prosecutors. The firm has flourished, growing in numbers from six to over 50 professionals in four years.

Jim’s work has garnered many accolades, including the DOJ Director’s Award for Superior Performance and the Federal Law Enforcement Foundation’s Prosecutor of the Year award. Chambers USA calls him “a tireless, dogged advocate for his clients,” and The Financial Times ranked him as one of the “Top 10 Innovative Lawyers in North America.” New York City Mayor Bill de Blasio stated, “If there is magic in the law, Jim Walden has found it.”

His work is depicted on screen in the Oscar®-winning documentary film “Icarus,” Aaron Sorkin’s “Molly’s Game,” the National Geographic documentary series “Inside the American Mob,” and the Vanity Fair documentary “The Disco Inferno.”

Jim has represented a diverse array of high-profile corporate executives in complex matters intersecting with federal and international investigations and public policy. In the aftermath of the 2008 financial crisis, he led the defense of the former CEO of AIG Financial Products Division, Joseph Cassano, proving to the DOJ and the Securities and Exchange Commission that the CEO was factually innocent, leading both agencies to drop their investigations. A few examples of Jim’s recent victories demonstrate his prowess as a master of the “turn-around:”

Jim was engaged to represent the former President of the nation’s largest diesel fuel retailer, Pilot Flying J, in a high-profile fraud case after the client, Mark Hazelwood, was convicted at trial despite the efforts of a nationally renowned litigator. Working with lawyers on WMH’s deep bench, including Georgia Winston, Veronica Wayner, Dan Chirlin, Christopher Dioguardi and Cheryl Fakhry, as well as A-list lawyers from other firms, Jim set upon the ambitious goals of reversing Mark’s wrongful conviction and then proving his innocence. The strategy worked. After the 6th Circuit reversed Mark’s conviction, Jim and the team aggressively investigated the government’s evidence, piece-by-piece, demonstrating its inherent unreliability. Swimming against the stream of inherited defense wisdom to “keep your powder dry,” Jim instead captained a 7-hour presentation to DOJ, exposing the core flaws in its evidence and the unreliability of its witnesses. When the local U.S. Attorney refused to act, Jim and the team took the fight to Main Justice, making a compelling case that the flaws in the investigation and prosecution merited a complete dismissal. The strategy succeeded. On July 27, 2021, all charges against Mark and his co-defendants were dismissed.

Mark and his wife, Joanne, had this to say: “When we met Jim, his first words were ‘we have to get the FACTS — not DOJ’s facts, but the true facts.’ He is the most focused, diligent, and intelligent attorney we have ever met, leaving no stone unturned. With his team, he put together a defense like no other. No ego or pride in authorship. Jim had one goal and one goal only: DISMISSAL. When everyone doubted him, he stayed the course and got the right result: dismissal with prejudice. Joanne and I cannot express in words the gratitude for Jim and his team. They believed in me and my innocence, and they proved it.”

Jim was engaged to represent a founding member and 50-50 co-owner of a private-equity firm after the managing member accused him of compliance violations and sought his forced removal from the firm. Jim inherited the case from a well-known litigation firm, with a large international presence. Believing in his client’s innocence, Jim, working with Daniel Chirlin, Veronica Wayner, and Dan Cohen, embarked on an aggressive investigation to prove the accusations were a bogus subterfuge and pretext for the managing member to wrest total control of the firm. The strategy worked, as Jim and the team uncovered critical evidence of the ploy, and also proved the managing member was himself guilty of spoliation of evidence. The matter resulted in a hefty pay-out, allowing the client ample capital to fund his own new venture.

Jim inherited a high-profile civil case from an international law firm at a critical stage: a preliminary injunction had been entered against the clients, Artemus USA LLC and its managing member, Asher Edelman, tying up millions of dollars in assets needed to operate the business. Working with WMH’s Georgia Winston, Dan Cohen, and Tricia Lyons, Jim succeeded in reversing the injunction, finding evidence to show that many of the core allegations made against the client were false, and proving that the plaintiff had withheld critical documents and engaged in other discovery violations. On March 15, 2021, Jim, with efforts from the team, delivered the clients’ ultimate goal: dismissal of the plaintiff’s case with prejudice. In a civil case, it is difficult to imagine a more dramatic turnaround.

Edelman noted, “WMH took on this case and cured a morass of previous legal missteps. The firm drove home the equity and the legal complexities of the case and did a superb job of winning a well-deserved victory.”

New Jersey Governor Phil Murphy appointed Jim as Special Counsel to the Task Force on EDA Tax Incentives to investigate the award of the state’s multibillion-dollar tax incentive program funds. Working with partners Milt Williams and Georgia Winston, the investigation exposed self-dealing in the drafting of legislation, uncovered illegal lobbying, and resulted in over $500 million in tax awards that were either subject to suspension or termination actions or voluntarily terminated by claimants. The investigation, which Jim and the team completed within 18 months, involved the simultaneous investigation of the Economic Development Authority itself and over 400 corporate applicants.

Mere months before trial was to begin, Jim inherited a high-profile case from an AmLaw100 firm, representing William Anderson, CEO executive of a faith-based media company Christian Media, who was accused of fraudulently obtaining and laundering $40 million dollars of funds from lenders in an alleged scheme involving Newsweek. Working with WMH’s Milt Williams, Veronica Wayner, and Dan Chirlin, Jim’s investigation found some key weaknesses in the government’s core theories. Although the government sought a custodial sentence of 2-6 years and a nearly two million dollar fine after the client’s guilty plea, Jim and the team persuaded the judge to impose a sentence of probation and community service, with no fine. Jim’s diligence hastened the client’s ability to return to his mission of defending religious freedom worldwide.

Jim was engaged to represent the trading arm of a Fortune 100 company in an internal investigation based upon a customer complaining of millions of dollars of unauthorized trades. Working with Georgia Winston and Dan Chirlin, Jim spearheaded the investigation that revealed that the customer had secretly authorized the trades and was complicit in the losses. After forcing the key witness to divulge the conspiracy and recant his prior false testimony, Jim used the new evidence to resolve the customer complaint in a manner very favorable to his client.

Jim was engaged to represent a former President of the North American subsidiary of a Japanese auto parts manufacturer in connection with DOJ’s investigation into alleged price-fixing and other antitrust violations of the company, as well as obstruction of justice. The company claimed that the client orchestrated the price-fixing and obstruction, and DOJ initially indicated its intent to prosecute him. Working with Rachel Brook and Dan Chirlin, and top-notch lawyers from another law firm, Jim undertook an aggressive investigation that uncovered a scheme concocted by the company’s Chairman, General Counsel, and outside counsel to blame the client for conduct commanded by the Chairman. After a thorough presentation to DOJ of the facts discovered, Jim and the team attained the best possible outcome: DOJ decided not to bring any charges against the client.

Jim was engaged to represent a class of public school students alleging that the New York City Department of Education systematically failed to fulfill its obligation to protect children from bullying. Working with WMH’s Adam Cohen, Dan Cohen, Avni Patel, and Johnson Lin, Jim deployed creative legal theories in a class action suit that brought the DOE to the settlement table. The end result was a one-of-a-kind settlement that established landmark anti-bullying protocols, including a new electronic reporting system for parents to directly report bullying incidents without relying on school bureaucracies and greater public transparency in the form of biannual reports of bullying statistics.

Jim represents Russian whistleblower Dr. Grigory Rodchenkov, testified before the U.S. Congress, and conceived groundbreaking bipartisan law, the Rodchenkov Anti-Doping Act (RADA), that criminalized doping fraud in international sports while providing an instrumental gateway for the DOJ to investigate and prosecute related corrupt practices. RADA became U.S. law in 2020 and the case was featured in the Oscar®-winning documentary film “Icarus.”

Representing over 400,000 public housing tenants, Jim earned a landmark victory against the New York City Housing Authority (“NYCHA”) based on its failure to provide safe housing conditions. Using a creative strategy to overcome significant legal hurdles (including the lack of a private right of action in the operative statutes), Jim secured the first mandatory injunction of its kind, compelling NYCHA to immediately conduct lead inspections to protect thousands of children. Jim also employed a successful public relations and political activism campaign, which helped lead to hundreds of millions of dollars of state-funded relief for tenants, the resignation of NYCHA’s CEO, and NYCHA’s multi-billion-dollar settlement with federal authorities. 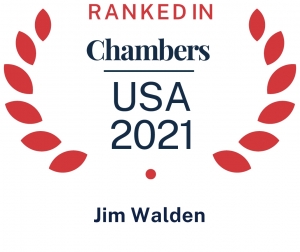 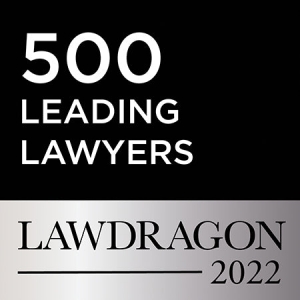