Sean is a former federal prosecutor and a WMH founding partner. He represents individuals and companies that are under investigation by the government or that have been charged in criminal or regulatory proceedings. He also regularly conducts internal investigations on behalf of organizations and advises corporate clients on matters involving potential misconduct by employees.

Sean has handled numerous investigations for publicly traded and privately held companies in response to government inquiries, adverse media reports, and whistleblower allegations. Whether reporting to the general counsel, boards of directors, special committees, or members of senior management, he positions clients for advantageous resolutions and helps weigh the risks and rewards of engaging the government in a variety of postures, cooperative or otherwise. He regularly helps corporate clients craft and implement appropriate remedial measures.

Sean has defended dozens of individuals and numerous companies in response to criminal and regulatory investigations and in charged matters, including at trial in state and federal court and in Securities and Exchange Commission (SEC) administrative proceedings. He has persuaded prosecutors in numerous instances to close criminal and regulatory inquiries without bringing charges.

Sean has spent 25 years handling federal cases both as a defense lawyer and as a prosecutor. He served for more than seven years as an Assistant U.S. Attorney in the Eastern District of New York (EDNY), where he took more than a dozen cases to jury verdict and supervised federal prosecutors as Deputy Chief of the Business and Securities Fraud Section. As a prosecutor, Sean handled many of the office’s highest profile and most important matters and conducted grand jury investigations and prosecutions of both violent crimes and sophisticated white collar crimes, including securities fraud, health care fraud, bank fraud, money laundering offenses, bribery, tax fraud, obstruction of justice, racketeering, material support of terrorism, import/export control violations, and weapons trafficking.

Sean led the joint DOJ/SEC investigation into fraud in the securities lending – or “stock loan” – industry, resulting in changes in industry practices concerning the payments of finder’s fees and in the conviction of more than 25 traders, brokers, and stock loan “finders,” including numerous traders at prominent Wall Street banks and brokerage firms.

A strategic thinker with a calming presence in the midst of crisis situations and able to put his clients at ease. He distills complex matters to their essence” and “knows his way around a courtroom incredibly well.

Represented the former General Counsel of the Port Authority of New York and New Jersey in lengthy parallel SEC and state grand jury investigations into allegations of federal securities fraud and violations of New York’s Martin Act; no charges filed.

Represented a law firm partner in an SEC investigation into fraud in municipal bond offerings; no charges filed after multiple threats of enforcement proceedings.

Represented a household name internet company in a consumer protection investigation by the Office of the New York Attorney General; no charges filed. 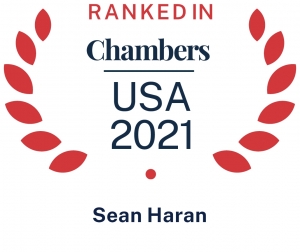 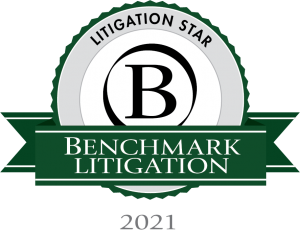