Jeff is a veteran trial lawyer, former federal prosecutor, and counselor who represents individuals, hedge funds, investors, and other corporate clients in sensitive, complex, and high-stakes matters. His practice focuses on white-collar criminal defense, regulatory enforcement, corporate monitorships, internal investigations, and complex commercial litigation. He frequently handles matters investigated or brought by the Department of Justice (DOJ), the Securities and Exchange Commission (SEC), and other law enforcement or self-regulatory authorities. Jeff is a past Chair of the Professional Responsibility Committee of the New York City Bar Association, an adjunct professor at NYU School of Law teaching professional responsibility, and also the Firm’s General Counsel.

Jeff is an active member of the firm’s corporate monitorships practice. From 2015 to 2018, he served on the leadership team of the independent monitor named by the DOJ to oversee General Motors’ compliance with its obligations under a deferred prosecution agreement (DPA) stemming from its recall of vehicles with defective ignition switches. He also served on the federal monitorship of an international shipping company, imposed as a consequence of its guilty plea to an antitrust offense.

Clients value Jeff’s extensive courtroom experience, which includes frequent appearances before the judges of the U.S. District Court for the Southern District of New York (SDNY). He has argued appeals before the U.S. Court of Appeals for the Second Circuit, New York’s Appellate Division, and the New York Court of Appeals (New York’s highest court). He has also tried both jury and non- jury cases in a variety of forums, including federal district courts in New York and Ohio, New York state court, the Financial Industry Regulatory Authority (FINRA), New York’s Judicial Conduct Commission, and the New York City Police Department Trials Commission.

Represented analyst charged with insider trading in the Southern District of New York, securing a nolle prosequi dismissing all charges against client several years after his earlier plea of guilty.

Served on leadership team of the independent monitor of General Motors (GM) from 2015 to 2018, appointed pursuant to the deferred prosecution agreement entered into between GM and the U.S. Attorney for the Southern District of New York, arising from the failure of ignition switches in GM vehicles.

Served on leadership team of the independent monitor of Höegh Autoliners, from 2018 to 2021, appointed by the DOJ Antitrust Division, pursuant to the company’s plea agreement and plea to criminal conspiracy to engage in bid rigging and price fixing in the market for international shipping services for roll-on, roll-off cargo.

Represented associate portfolio manager of a billion-dollar hedge fund in connection with SEC investigation into alleged mismarking, resulting in no charges against client after successful appeal to the SEC Co-Directors of Enforcement.

Represented individuals in the financial services and healthcare industries in connection with Foreign Corrupt Practices Act (FCPA) investigations conducted by the DOJ and SEC.

Represented interdealer broker of credit default swaps and one of its principals in a six-week jury trial in state supreme court in Manhattan, after which the jury awarded client and two of its principals $8.25 million, including punitive damages, against two former business associates whose actions doomed a potential buyout of the firm by Knight Capital Group Inc. 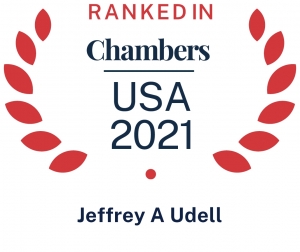