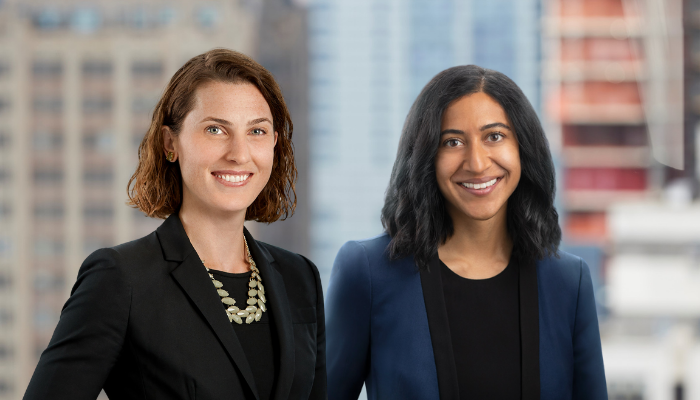 “Devon and Avni are both remarkable lawyers who have made significant contributions as leaders within WMH and the legal community-at-large,” said Jim Walden, managing partner of WMH. “Their elections, as well as the addition of Gordon Mehler to our team, further advances the strength, diversity, and esteem of our high-caliber practice. WMH remains uniquely positioned to deliver on our commitment to serve our clients with unrivaled advocacy and counsel no matter the stakes.”

Ms. Little was a founding member of WMH and during her tenure has led dozens of internal investigations for a multinational investment bank and financial services company. In addition to her broad white-collar experience in corporate and government corruption matters, Ms. Little has defended companies and individuals in criminal and regulatory investigations, including cooperating witnesses in connection with the Department of Justice’s (DOJ) investigations of FIFA and the former New York City Mayor and his political donors, and individuals charged with money laundering, robbery and wire fraud. Ms. Little has also been involved in government investigations in a wide range of industries, from public affairs to health care and financial services, and is an active contributor to legal scholarship in the areas of United States Supreme Court litigation and enforcement trends in health care investigations. In 2019, Ms. Little co-wrote amicus briefs on behalf of the Securities Industry and Financial Markets Association (SIFMA), the U.S. Chamber of Commerce, and the Institute of International Bankers (IIB) urging the Supreme Court to review whether the bankruptcy trustee for Bernard Madoff’s investment fund could claw back property from certain foreign subsequent transferees, and with the ACLU on behalf of former corrections officials supporting efforts to ensure access to medically necessary gender dysphoria treatment for transgender individuals. Ms. Little is a cum laude graduate of the Boston University School of Law, where she was an editor of the Boston University Law Review, and she earned her bachelor’s degree from Emory University.

Ms. Patel was recently named one of the National Law Journal’s 2021 Sports and Entertainment Trailblazers and was shortlisted as a litigation Rising Star by Euromoney Legal Media Group. Ms. Patel has played a key role in a number of high-profile engagements ranging from white collar litigation to major investigations, court-appointed monitorships, and civil actions. In 2019, she was appointed by New Jersey Governor Philip Murphy to conduct an in-depth investigation of the state’s corporate tax incentives as well as to investigate possible political and special interest corruption in the legislative design and implementation of the $11 billion program. In 2018, she was part of the WMH trial team that secured the only acquittal in a four-defendant corruption case brought by the Southern District of New York (SDNY). From 2016 to 2018, Ms. Patel served on the monitorship of General Motors as part of the company’s settlement with SDNY over faults in the design of the company’s automotive ignition systems. Since 2016 Ms. Patel has also worked closely with law enforcement and international sporting bodies representing Dr. Grigory Rodchenkov, who became one of the most significant whistleblowers in sports history after unveiling Russia’s state-sponsored doping program. Ms. Patel is a graduate of Boston University’s School of Law, where she was executive editor of communication for the Review of Banking and Financial Law, after earning a bachelor’s degree with honors from Northwestern University.