U.S. District Courts for the Southern, Eastern, and Western Districts of New York

Derek is a highly decorated former federal prosecutor and seasoned trial lawyer who has been described as a “go-to defense expert for clients involved in high-profile criminal proceedings, drawing on experience in areas such as allegations of insider trading and corruption” according to Chambers USA: America’s Leading Lawyers for Business. Derek regularly represents U.S. and foreign companies and individuals in a wide range of criminal and regulatory investigations by federal, state and local authorities, including, among others, allegations of healthcare fraud, securities fraud, tax fraud, bribery, False Claims Act, sanctions/export violations and Foreign Corrupt Practices Act (FCPA) violations. He also has significant experience in complex commercial litigation matters and internal investigations.

Clients benefit from Derek’s extensive prior prosecutorial experience. He served in the Criminal Division of the U.S. Department of Justice, where he was Deputy Chief of the Division’s Fraud Section as well as Deputy Director of the Deepwater Horizon Task Force. Derek also previously served as an Assistant U.S. Attorney with the U.S. Attorney’s Office in Philadelphia, where he prosecuted some of the office’s most significant white collar matters. Derek received the highest awards bestowed by the Department of Justice and the Federal Bureau of Investigation for his role in helping lead the criminal investigation into the Deepwater Horizon oil spill, which resulted in the largest criminal resolution in U.S. history. Derek began his career as an Assistant District Attorney in Manhattan under the Hon. Robert M. Morgenthau.

Derek is a widely regarded trial attorney. According to Chambers, he is “a master in front of juries,” and is “extraordinarily savvy and very skilled.” Market sources also noted to Chambers that they “would not want to try a case against him.” Derek was named “Litigator of the Week” by American Lawyer for his successful trial defense of an investment analyst charged with insider trading in the Central District of California. He has previously taught Trial Advocacy at Temple Law School and has also guest lectured at Harvard and Penn Law Schools in the area of white collar crime.

Derek has consistently obtained favorable outcomes for his clients in a wide range of investigations. Some examples include:

The successful defense at trial of former J.P. Morgan Securities LLC analyst Ashish Aggarwal on conspiracy, insider trading, and wire fraud charges. A Central District of California jury found Aggarwal not guilty related to his role in an alleged insider trading scheme. This was a rare defense victory in an insider trading case and the first since the December 2016 U.S. Supreme Court decision in Salman v. United States lowered the bar for prosecutors in insider trading cases.

Securing a deferred prosecution agreement for a publicly traded transportation company in connection with an investigation into accounting and securities fraud by the U.S. Department of Justice and the SEC.

Obtaining a non-jail sentence for an individual convicted in the Southern District of New York with FCPA violations for bribing the former President of the United Nations General Assembly.

Avoiding charges for a Fortune 500 company under investigation for potential environmental crimes by Federal and State authorities.

Avoiding charges for a London-based bond trader in a criminal investigation by the U.S. Department of Justice.

Avoiding charges for a publicly-traded biotech company under criminal investigation by the DOJ for alleged trade secret theft. 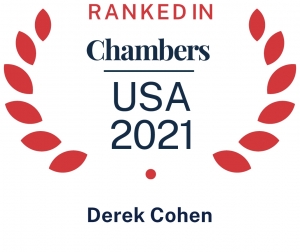 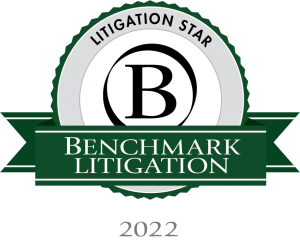 Derek is a member of the UJA/Criminal Law Committee as well as alumni groups for the Manhattan DA’s Office and the U.S. Attorney’s Office for the Eastern District of Pennsylvania.

Derek A. Cohen Speaks to Newsy About The STOCK Act (VIDEO)