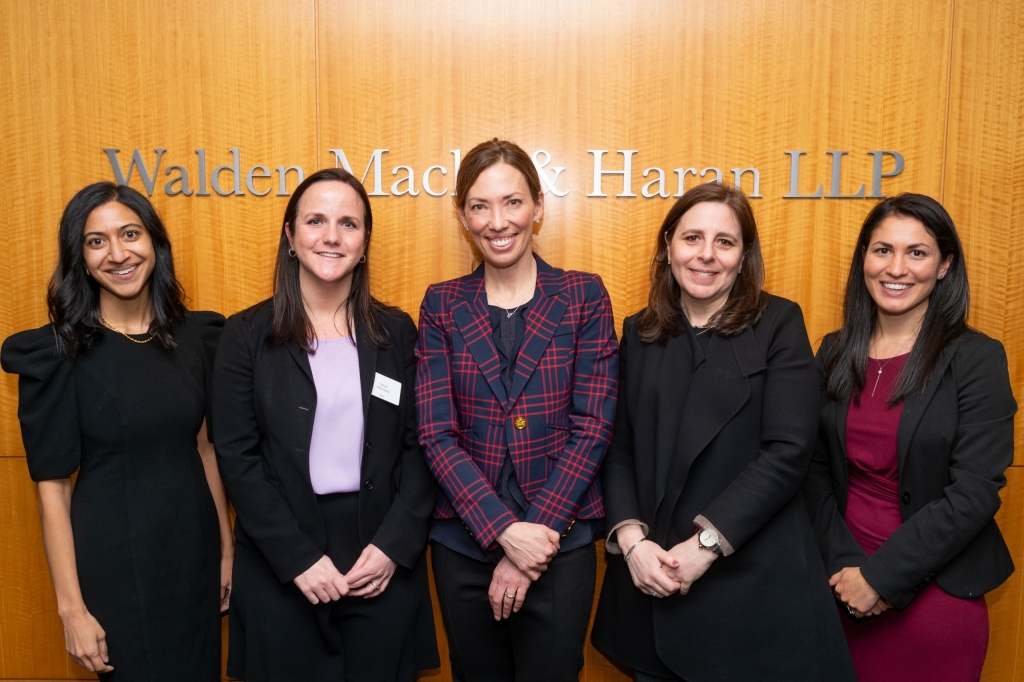 WMH’s Women’s Initiative hosted a discussion panel on “Women in Sports” at our downtown office. Moderated by associates Avni Patel and Jennifer Prevete, the event was attended by more than 100 guests. Panelists Moira Weinberg, Deputy General Counsel of Major League Baseball (MLB), Elizabeth Maringer, Assistant General Counsel of Investigations at the National Basketball Association (NBA) and Canadian Olympic Medalist Beckie Scott shared professional experiences and how these impacted their career paths as women in the sports industry. Panelists also highlighted their challenging investigative work and efforts against corruption, including how each tackled significant legal issues head-on. 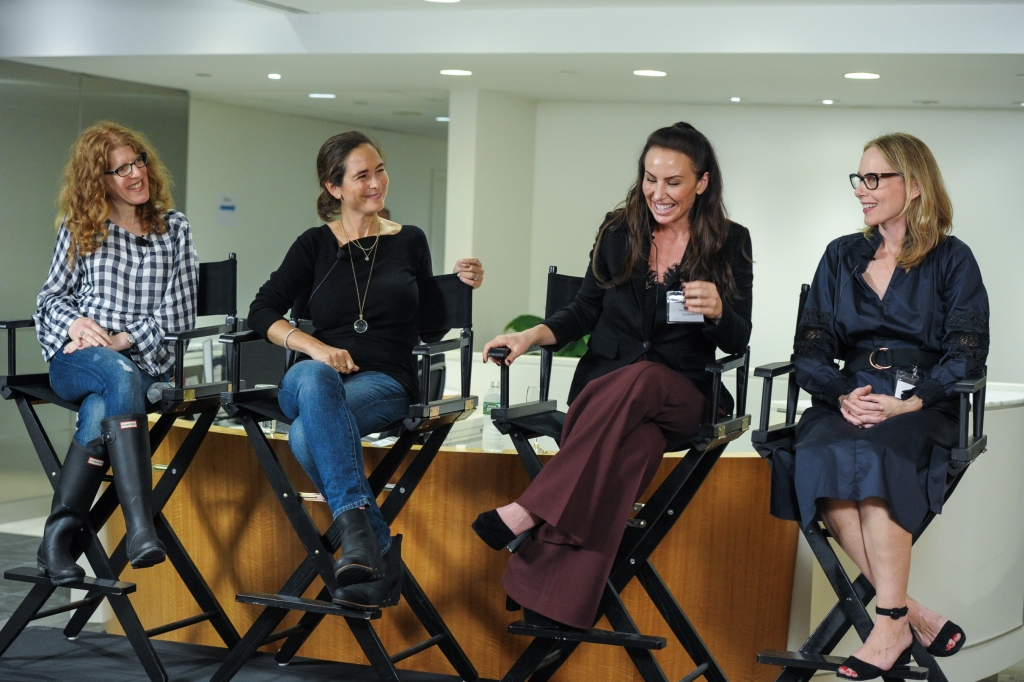 WMH’s Women’s Initiative hosted a panel discussion and reception titled “Women in Hollywood,” featuring a star-studded group of talented women discussing their experiences and perspectives on changes taking place in the world of television and film. Moderated by associates Avni Patel and Devon Little, the event was attended by more than 100 guests as part of the firm’s Women’s Initiative.

Hosted in the firm’s Manhattan office, the event featured a conversation with Molly Bloom, the bestselling author of “Molly’s Game: True Story of the 26-Year-Old Woman behind the Most Exclusive, High-Stakes Underground Poker Game in the World,” which was adapted into the film, “Molly’s Game,” starring Jessica Chastain and directed by Aaron Sorkin and nominated for an Oscar for Best Adapted Screenplay; Amy Ryan, the Oscar and Tony Award nominated actress starring in the upcoming film “Beautiful Boy” with Steve Carell and Timothee Chalamet; Elisa Zuritsky, the Emmy nominated producer whose credits include HBO’s “Sex and the City,” “Divorce,” and “Odd Mom Out;” and Julie Rottenberg, a screenwriter and the co-showrunner and Executive Producer of Bravo’s “Odd Mom Out” whose work has appeared in The New York Times, Real Simple and Marie Claire, among others.

“The conversation about women in the entertainment industry has certainly changed dramatically over the past twelve months and each of our guests had a unique and important perspective to share,” said Avni Patel, of WMH. “Although our panelists were drawn from the world of television and film, it was clear that many of the issues they discussed were echoed by all of the women in the room, regardless of their professional interest. This kind of dialogue has been a cornerstone of our firm since its inception and we look forward to future opportunities to engage this dynamic group.” 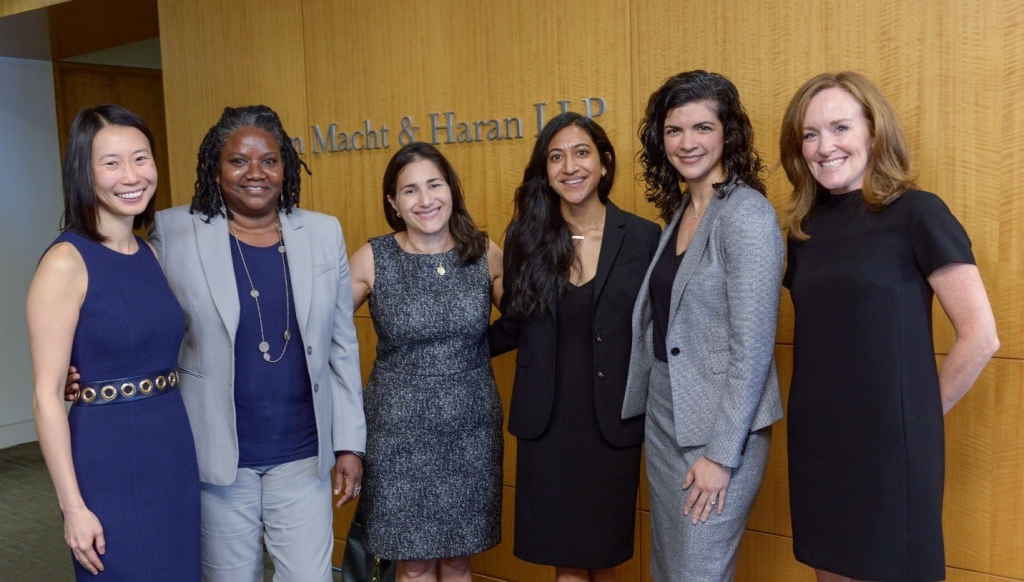 WMH’s Women’s Initiative hosts a group of more than 80 prominent women lawyers for an engaging panel discussion on the role of women in business, public service, politics, and the law.

Hosted in the Firm’s lower Manhattan office, the event featured a panel discussion with Congresswoman Kathleen Rice of New York’s fourth congressional district; Stacey Cumberbatch, the former Commissioner of the NYC Department of Citywide Administrative Services and a former member of the NYC Legal Department; Jane Yang, a Director in the New York office of Meadow Partners, a private real estate investment and asset management firm; and Jacquelyn Kasulis, assistant U.S. attorney for the Eastern District of New York.

“Professional women continue to shoulder a unique burden and face difficult choices in ways many of our male counterparts sometimes fail to appreciate,” said Catherine Sloane, a partner at WMH and a co-leader of the Firm’s Women’s Initiative. “This program provided a powerful opportunity to build a community of professional women operating at the pinnacle of their career, and we look forward to continuing to create a platform that empowers women across business, law, politics, and public service.” 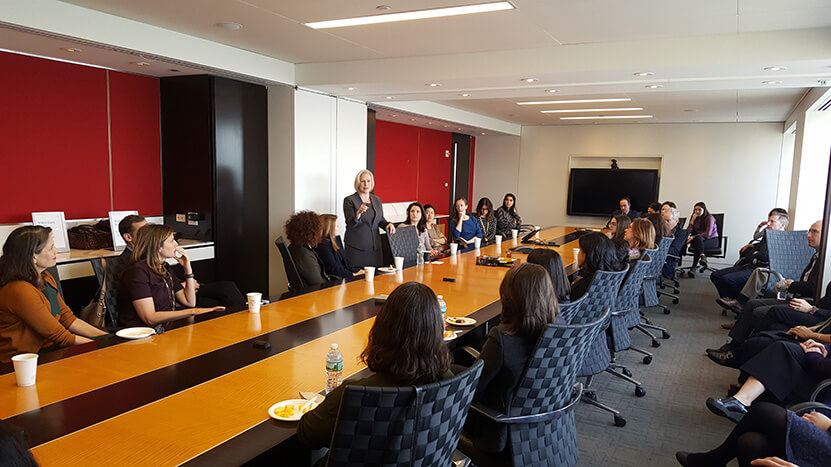 Now is a critical moment for the protection of women’s rights in this country.  This event demonstrated our collective support for our fiercest defender in the Senate.  Never before have we felt so strongly about supporting government leaders that care about women’s issues and who actually fight for them time and again.  Senator Gillibrand wages this battle every day.  After her visit to WMH, we were all ready to get “Off the Sidelines”.